Reportedly, AC Milan is on the verge of completing a deadline-day move for the solid midfielder of Lazio, Sergej Milinkovic-Savic. According to some Italian newspapers, the Rossoneri have agreed on a deal with a worth of E40M with Lazio for the Serbia international to move to San Siro on a loan for a season with an option to be bought. 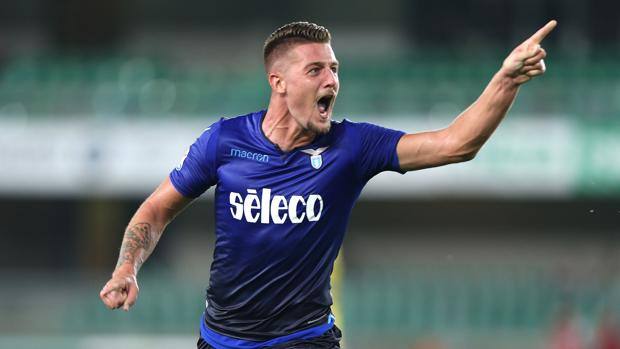 For signing new players, the deadline for Serie A is on Friday, 7 p.m BST. Milan will pull off a major coup if they capture Milinkovic-Savic as Real Madrid, Juventus and Man United have all been linked with this player too.

According to some new sources, Milan’s offer to Lazio for the Serbian player is structured in such way as to comply with financial fair play rules. This contract could culminate in the Rossoneri shelling out a further E70M if they want to sign him permanently.

Producing consistently good performances that led this player to his linking with some of Europe’s biggest clubs, Milinkovic-Savic has enjoyed a breakout season in 2017-18. He provided three assists in 35 Serie A appearances and netted 12 goals. He also showed a range of attributes boasted by only the most complete central midfielders.

He would join a squad that has already been bolstered this summer by Gonzalo Higuain’s addition and definitely he will be a fantastic addition to Milan’s engine room.