Outburst of goals in the opening 45 minutes of the match is of utmost importance in soccer live betting. This dynamics can either lead the bettors into making a rightful decision to place the bet on the winner, or it can mislead them into supporting short-priced favourites. The article below puts an accent on the significance of the remarkable and rare events of multiple goals scoring in the first half of the soccer game. 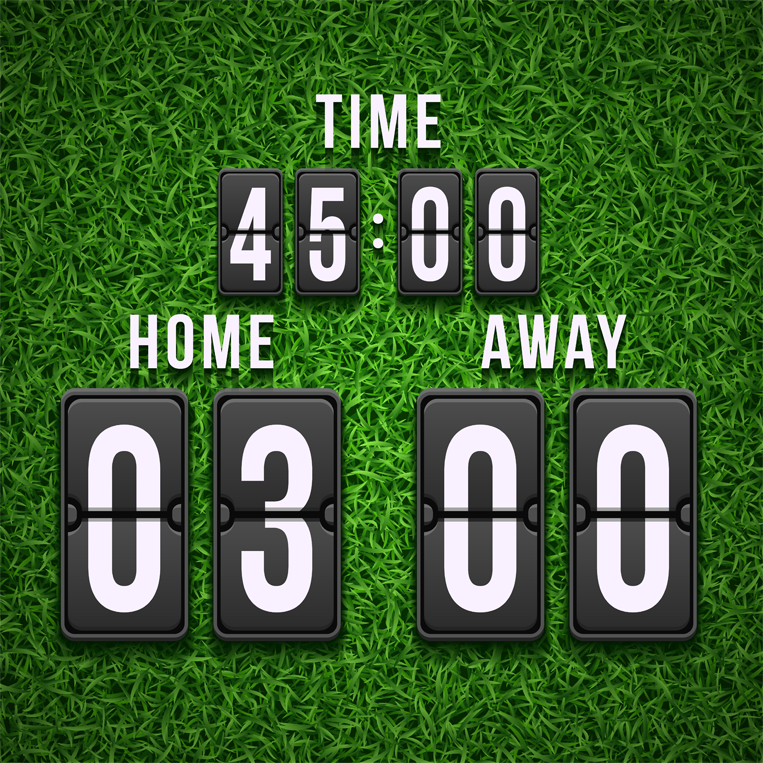 The goal glut in the first half of a soccer match or multiple goals in a very short time window can mislead the live bettors and make them misjudge the further dynamics of the match and the performance of the teams. No matter how memorable or spectacular this outburst may seem, it should not trap bettors into false assumption of the end of the match.

A good example of this is the match between Chelsea and Bradford City. Although Bradford City team was falling behind Chelsea with a score of 2-0, the four goals scored by Bradford City may trap viewers and bettors into believing that Bradford City is superior to the Chelsea team. This is true especially because in all other occasions Chelsea would prove itself as the superior one. Having this in mind we can conclude that besides the spectacular and rare scoring of 4 goals in very short time intervals, this is a very poor indicator of the future development of a match.

The number of goals per game in the Premier League is proportionate to the strengths of the teams and it is set at the average 2.6 goals. However, this number varies. This means that two teams which are evenly strong are expected to score less than the league average total and a mismatch between them is expected to see rise towards 3 goals per game.

When analyzing the games, when the first half of the match already ends up in three or more goals, there are usually 2 possible schemes. Namely, if the course of a game is better determined

through short-term events that occurred recently, then one may expect this trend in scoring to continue throughout the second half. On the other hand, if we look back to the match between Chelsea and Bradford City, then one can come to a conclusion that extraordinary and surprising development of events may occur randomly in scoring patterns and the odds in the second half should be in line with our pre-game expectations, i.e. the dynamics of the match should be based on the relative strength of the two contestants. This supports the claim that the number of goals in the second period is very closely related to the pre-game estimates about the number of goals that will be scored in the second half.

Monitoring a five season period in the Premier League, the findings are that if soccer teams scored three or more goals in the first 45 minutes of the game, then an average of 1.5 goals are to be expected in the second half, and furthermore, in the case of one or less than one goal in the opening half, the second half should see on average 1.52 goals altogether. This pattern suggests that extraordinary scoring in the first half leads to a minor, if any, increase in the second half.

Taking everything into account, we can conclude that as much as goals can appear in gluts in a single match, this does not imply that this dynamic will continue steadily throughout the match or in any other future matches. This is especially the case with weaker teams playing against a stronger team, when the former has a sudden unexpected burst of goals and scores at a very rapid rate against the latter.

Short term trends, as shown by Bradford City, are always less predictive of what future holds regarding winners and losers in soccer matches than long term steady performance by already renowned teams.

Thus, in soccer live betting one should always make sure to not rely on spectacular gluts of goals in the opening 45 minutes of the match and based on that, place bets on short-priced favourite teams.