How important are corner kicks in soccer live betting?

How important are corner kicks in soccer live betting?

Live soccer bettors should know that corners kicks are not worthless in live soccer betting so that they are able to place a good bet. 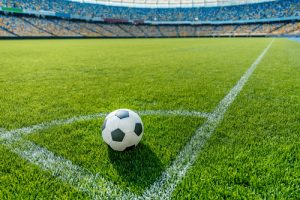 There were 474 corner situations in the initial group stage, out of which 19 were turned into goals. This was slightly higher conversion rate of 4 %. But, this conversion rate has an extremely big effect on the qualification for the knockout stages.

In the group games, 14 teams scored at least one from a corner and 11 of those went into the Round of 16. In Group A, all four sides scored at least once from a corner, so two teams were bound not to advance and the overall progression rate for corner scoring teams was even more impressive. In figures, nearly a quarter of the total goals scored by these 14 sides were from corners.

In order to be able to calculate the possibilities, we should focus on how likely is a side to convert a corner into a goal, when given an average number of corners. If we use the more common 3 % conversion rates from corners and applying them to the group format of Brazil 2014, there was around a 7 % chance that a side would convert exactly two goals from corner kicks in their three group stage matches. Thus, individually, one side may score at least one goal from a corner n around 15 % of their games and in one match there will be at least one such goal scored by either side 25 % of the time.

The likelihood above are not to be disregarded, especially is the goals that one side may concede from a corner are taken into account. This is a better way to calculate than to concentrate only on goals that may be scored in this way, which is mostly used in such studies.

In the group stages of the World Cup Finals which consist of 32 teams and in the USA, Mexico and Colombia, we should have expected between two or three teams to have scored exactly two goals from corners.

Playing against Italy, Uruguay managed to turn the situation in its favour when they scored from a corner. Therefore, from a 15 % chance of qualifying for the Round of 16, in the last 10 minutes in the group stage, they managed to increase this chance to 90 %. Brazil needed a similar goal to win over first Chile in the initial knockout game and then Colombia in the quarter final. Surprise qualifiers, Mexico and USA also owed their progression partly to finely executed goals from a corner kick.

Should corners be considered worthless?

As the situation in soccer is, goals are scarce and when it comes to goals scored from corners, no matter how surprising they may be, they have a great effect.

But, how to define their effectiveness? This has always been considered as a matter where subjective opinion prevails. Diego Godin’s emphatic first contact header for Uruguay against Italy was the definitive example of a goal scored from a corner delivery. But less clear cut was Liverpool’s equally dramatic last minute winner at Blackburn in 2012.

Agger flicked on a 40 yard punt from halfway and Carroll headed home a last minute winner, so the goal originated from a pass 50 yards from goal, but the defensive confusion in Blackburn’s defence and Liverpool’s temporary attacking set up comprising their two central defenders owed everything to the corner kick that had immediately preceded the goal.

Whether the goal originated from a corner kick or not should be looked into carefully and a cut-off point may be required. However, to define that a corner is the initial point and three subsequent passes is merely a convenience for the data collector. It is not something that is firmly based in reality.

A corner kick disrupts the whole order of the game. Namely, the defence has to be reordered and players who normally play attack, now have to play the defence. Furthermore, players with aerial talents have to be included and these players may be more usable on the ground in other phases of the match.

Barcelona and Spain have recently used mixed strategies to one dimensional approach. Therefore, corner kicks and the threat they pose mean more than just the action that they create in the goalmouth.

How much a corner is worth?

There is nothing that we can use in order to compare goals from corners to other forms of scoring. Corners have a low conversion rate of 3-4 % and therefore they are dismissed very often. If they, together with their subsequent passes are considered as another passing sequence, then they take up 5 % of such on-field actions. But in any case, they account for 15 % of the goals that are scored in one season.

If we use data from the EPL, 50 final third entries are necessary to score a goal which is not a goal scored from a corner. Therefore, these goals that are scored in final third entries may be suitable comparison to corners. However, even if we manage to compare goals scored from corners to other methods of scoring, we will see that the efficiency at which corner kicks are converted to goals is again extremely low.

On the other hand, we should never disregard corners just because their conversion rate is very small. If we look at this from another perspective, we will also see that other on-field actions almost always fail to end in a goal.

In order one corner to be successful, two players have to connect in a well practiced routine. Although luck is one of the most important factors in these events, skilled delivery and a finely rehearsed attacking scheme puts the players in a favourable position.

In domestic football, more successful teams improve even more with corners because they have more quality delivery.

The influence of corners and goals scored or conceded from them will be great in the process of determining the outcome of tournaments played over a relatively small number of matches, and here some sides will temporarily exceed, to a great extend, the baseline conversion rate at which corner kicks are usually converted.