According to Julen Lopetegui, Wednesday’s UEFA Super Cup match with Real Madrid’s 4-2 extra time defeat to Atletico Madrid will not alter the club’s transfers policy. So far this summer Los Blancos have been quiet in the transfer window despite the departure of Cristiano Ronaldo. Per Movistar, Lopetegui hinted there will be no late splurge from the Madrid outfit. 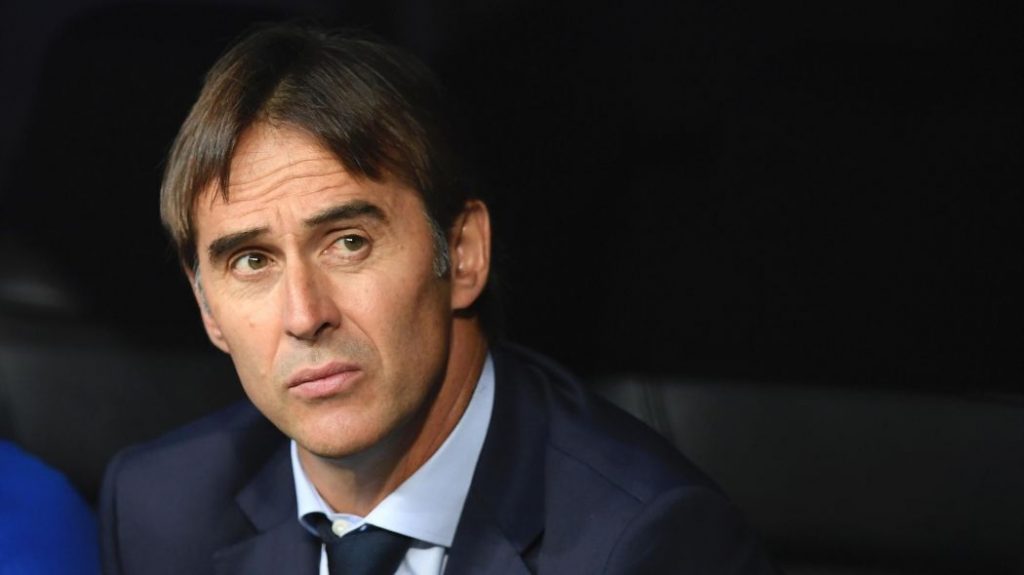 The defeat of Real by their city rivals in Estonia has definitely marked an inauspicious start to Lopetegui’s competitive tenure after he has been named the successor of Zinedine Zidane earlier this summer.

Los Blancos were first leading, and just after the hour when Sergio Ramos made it 2-1 from the penalty spot following the goals of Karim Benzema and Diego Costa. Then with 11 minutes of normal time remaining Costa equalized before Koke and Saul netted in the extra time to condemn the UEFA Champions League holders to a defeat.

The absence of Ronaldo was noticeable. Real are really suffering without the best player in the world who averaged 50 goals a season in his campaign with the club. The only summer addition to the club is Thibaut Courtois that Real has made so far, who is likely to imminently break into the first team at the Santiago Bernabeu.

An exciting attacking prospect is teenager Vinicius Junior, but if Real are planning to replace Ronaldo adequately in 2018-19 without making any new signing, some of the current first team are going to have to step up.

Marco Asensio, Gareth Bale, and Isco will need to improve their goal scoring contributions, since the defeat in the Super Cup is hardly a disaster for Lopetegui give it is, to all purposes and intents, an exhibition match.

However, the Real Madrid campaign gets underway on Sunday’s match against Getafe. Questions will start to be asked about how Los Blancos and Lopetegui will fare in 2018-19 if Real Madrid doesn’t claim an easy victory.