How to know when a draw happens

How to know when a draw happens

The extremely high chance for a soccer match to end up in a draw, one must be able to predict the matches in which a draw is highly likely to occur. Belo you may read on to find out if this draws are easy to predict and how to do it. 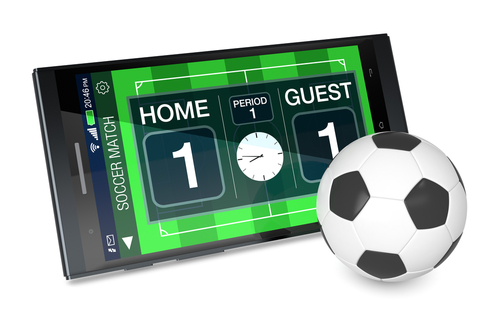 With the draws accounting for around a quarter of the outcomes in a Premier League game in one season, we can safely say that they are extremely important part of the betting industry.

Roughly calculated, draws can occur when two teams of relatively equal abilities play against each other, but after taking into consideration the venue of the match. For example, if two teams play against each other, whereas the host team is a title holder and the other is a struggling team, the probability of a draw is about 14 %. On the other hand, if the teams are roughly equal, this percentage would be about 30 % for a draw.

If we adjust the Poisson approach, as adjustment is needs since this approach underestimates the likelihood of a draw in football, the methodology is pretty straightforward.

If we take one game from the Premier League between equal teams, where the expectation of goals is an average of 2.5 goals, we can conclude that each side will score an average of 1.25 goals per game.

According to the Poisson method, both of the sides have 29 % chance to fail to score. Thus, if we take the unadjusted probability that the game ends in a 0-0 draw can be calculated if we multiply these two probabilities together.

What is likely to occur, with 13 % chance, if we keep with the actual data from the Premier League, is a draw of 1-1.

If we take into consideration all possible draws, we can add together the probabilities for a 0-0, 1-1, 2-2 etc., and get the overall draw chance for a typical Premier League game in which two relatively equal sides play against each other. Therefore, a draw is predicted to have occurred in about 27 % of the time.

Many times, in predicting draws between equally strong teams, one aspect is neglected. And this aspect is the scoring profiles of each side. This means that, if we predict fewer total goals in one match, this leads to the conclusion that each of those teams will also have lower individual scores.

In conclusion, if we go and select teams whose match is more likely to end in a draw, will lead us to teams which are similar and which are far more better in defending their goals, than in attacking the opposition goals.

Bettors should always be aware that the very fact that they may be able to identify which game will end in a draw, does not mean that this probability has not been calculated appropriately in the price available for that bet.

Also, no matter how strong one team was even over a season, the same team may become less extreme in future.

One side may be very good in draws and this may be due to it always playing in low scoring games. However, this should not be taken as a permanent feature and taken for granted about the draw outcomes in the future.

Statistically, the teams who played the most matches that ended up in a draw, over one season in the period between 2006-2016, were all mid-table teams, such as Stoke, WBA and Aston Villa. They averaged almost 16 draws per season, while the league average in the same period was just below 10 draws.

However, the next season was a different story for these mid-table teams and this number of 16 draws dropped to just over 10.

Among the successful sides, such as Manchester City and United, Tottenham and Chelsea, something similar happened. Namely, they avoid a draw result as a final outcome; however, from their usually practice of drawing fewer than 5 games per season, the following season they averaged eight draws between themselves, which is close to the league average of 10 draws.

The most significant thing to always have in the mind when betting on draws is the factors which contribute to these outcomes. Among other factors, one should always have in mind the occasions where a draw result is mutually beneficial for the both teams.