Real Madrid reportedly offered €60 million for Juventus midfielder Miralem Pijanic. The Bianconeri has informed that the offer has been rejected because if the Spanish rivals want him they’ll need to pay at least €100 million. This summer Pijanic has been also linked with Barcelona and Manchester City, but it has been reported that it’s Real who have taken the most substantial step with their “draft offer”. 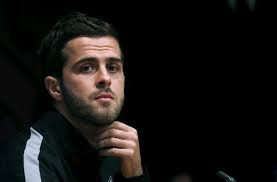 Juventus reportedly are ready to boost his salary from €4.5 million to €6.5 million and also have plans to extend Pijanic’s contract at the Allianz Arena. His deal is due to expire in 2021, but Juventus hope to extend his stay by a further two years with this new contract offer.

Real Madrid has already lost the experience of Cristiano Ronaldo who joined Juventus this summer, and Modric turns 33 next month, Mateo Kovacic has been sent to a loan for the season to Chelsea, even though his farewell message to the club sounded more like a final one.

Since moving to Turin in 2016 Pijanic has refined his craft even further embracing the deep-lying role he came to thrive in at former club AS Roma and being more of a help of the Bianconeri with successive league and cup doubles. The signing of Pijanic will change everything even though the fans may not be pleased if he were to arrive as a replacement for the big one Modric.