On his debut for Serie A, Ronaldo failed to the net as the reigning champions were forced to dig a bit deeper to win 3-2 in Verona against Chievo. We have already seen the impact that Ronaldo had already made on Serie A off the field after just weeks in Italy. In Verona, on Saturday the time has come for him to make an impact on the field too.

It’s just that Juventus didn’t look strong at all yesterday.

Frederico Bernardeschi, in the end, was the savior of the game. The winger came off the bench to set up one goal for prodigal son Leonardo Bonucci before netting the winner himself, in injury time. With Juve producing inconsistent performance made all the more puzzling by the fact that they had been gifted a dream start, the win was barely deserved. After just three minutes of play, Sami Khedira pounced on a loose ball in the box to open the scoring. 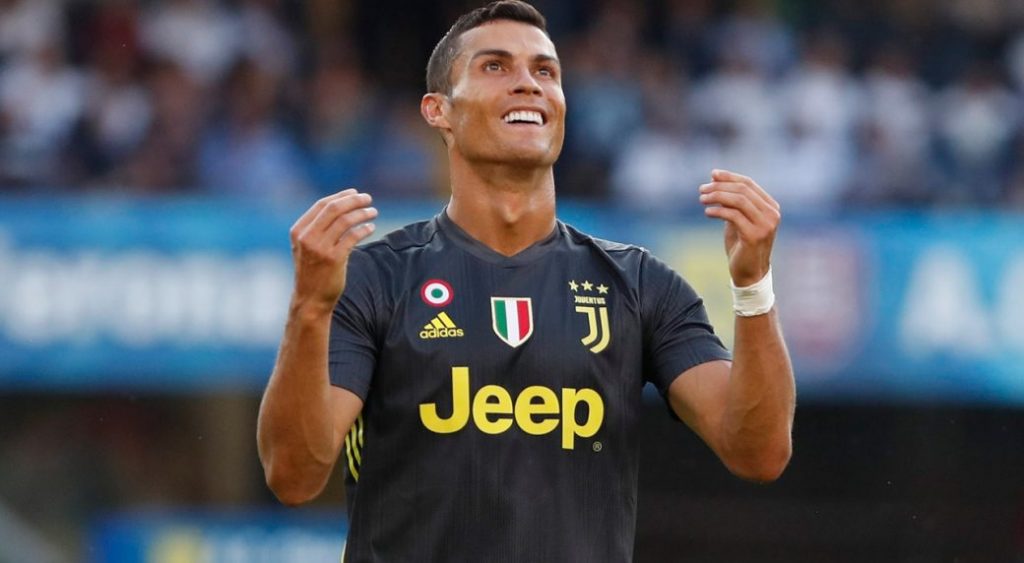 Juve had the most possession of the ball by the end of the half but did very little with it. With Douglas Costa, Paulo Dybala and Juan Cuadrado all supporting Ronaldo in the attack, he was a little bit short on service. But Cristiano has been presented with few clear-cut openings and he still went close to scoring with a shot from just inside the area on the half-hour mark, but the ball has rolled the wrong side of the right post.

That has proved a costly miss, as Chievo leveled just before the break and having their first score. Then, they also scored with their second. Cristiano Ronaldo tried to rescue the game on his own as he has done so many times before during his entire career for both club and country. He started attacking the Chievo goals with shots but Bonucci has leveled up and kind of making that hardly possible for this game particularly.

Ronaldo very nearly won a penalty seconds later but the referee correctly ruled that he had been fouled outside of the area, as the stage was set for Ronaldo to bag the winner.

Alberto Zaccheroni sagely pointed out amid all the hysteria and hype surround the arrival of Cristiano on a very down to earth way by saying that he will experience some difficulties at the beginning, which the title race is not a foregone conclusion and Ronaldo will not score in every game. He clearly said that he remembers even Michel Platini has suffered a lot during his first year in Italy.

This was a strong reminder that Serie A is not to be underestimated.