Is the weather an important factor in a soccer match?

Is the weather an important factor in a soccer match? 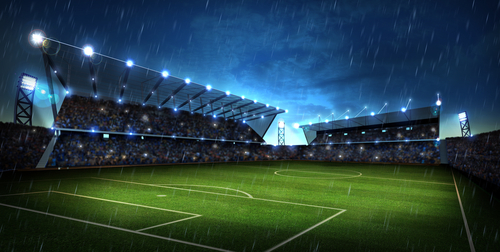 Every bettor will agree that before placing the bet, one should always see how their favourite team stands in comparison to their opponents. This has always been a starting point in betting. However, there are also other factors which are important for the final result.

Analysis of certain factors, like a new stadium, a congested fixture period and the weather conditions is as important before placing a bet, as are the use of methods for calculating the odds, like the Brier Score method or the Poisson distribution.

How does weather influence betting in soccer?

The influence the weather can have on a soccer match is hard to express in numbers. However, it can greatly influence the result.

Certain weather condition can be beneficial to some teams and taken all together, they can influence the number of goals scored in one match.

For example, Jose Mourinho knew how light rain would benefit Barcelona when he was the manager of Real Madrid. Having this in mind, he chose not to water the pitch at Santiago Bernabeu when Barcelona played against Real Madrid. Why? Light rain goes in favour of more passing teams because when the rain sits on the surface, the ball travels faster.

On the other hand, too much rain makes it very hard for passing teams to estimate the time of a pass as a pitch may get saturated with water or may become ‘waterlogged’. This makes more difficult for the ball to pass through. Although this rarely happens in top divisions, since modern technology of drainage makes it harder for a pitch to get waterlogged, it is still a regular occurrence in the lower leagues.

Something similar happens with heavy winds, especially, again, with passing teams. Teams that play especially long balls have problems with strong winds because when the ball is in the air for a longer time, the wind may alter its trajectory.

It is a widespread belief that the hotter the weather, the bigger number of goals per match. This is mostly connected with the believe that hot weather makes the defenders more fatigue. However, the same should be true for the attackers as well.

Do weather conditions change the odds?

It has been accepted that when a team travels long distances to play in a climate they are not accustomed to, this can have some effect on the team’s performance. Examples of this can be seen within the Champions League and Europe League.

The examples of Manchester United playing against Zorya Luhansk and FC Rostov show how a change in weather or playing conditions influence the odds for a travelling team.

In this cases, bookmakers have already taken into account Manchester United’s trips to Ukraine and Russia, where they had to play in freezing cold conditions. However, not more than 24 hours before the start of the game, information came about the frozen pitch in the match against Zorya and deteriorated surface in the match against Rostov.

The table below shows a breakdown of the odds movement for Manchester United’s games against Zorya Luhanska and FC Rostov:

The numbers in this case show indeed some minor movements in the odds. However, there are no major indicators that show that bookmakers would change the odds drastically.

Playing in international tournaments and acclimatisation

International tournaments force teams to adapt to new climates in a short period of time. Such an example is the World Cup, especially the one which will be held in Qatar in 2022.

In this case, we are talking about major differences in temperatures. Although the World Cup will be held in winter, temperatures are still expected to rise to 30 degrees C. For the teams which come from alike climate, such as those from Africa, Asia and South America, this will be some sort of advantage over the teams which usually play and are accustomed to cooler temperatures. Therefore, this World Cup will influence the winner odds, as well as individual games.

Taken everything into account, we can conclude that weather conditions surely influence soccer betting, no matter how slightly significant this influence may be. Of course, there are more important factors to be considered when placing a bet than the weather conditions, but if everything is properly analyzed before placing a bet, including the weather, then it is a step in the right direction before placing money on your favourite team.