James Wilson, the forward player for Manchester United has admitted that he wants to use his loan move to Aberdeen as an opportunity to put himself in the shop window. He burst onto the field as an 18-year old when he scored twice in the Premier League debut he had against Hull City at Old Trafford. But there has been something more since he made only 20 appearances for the Reds after that time. Then he has been loaned out to Derby County, Brighton and Sheffield United. 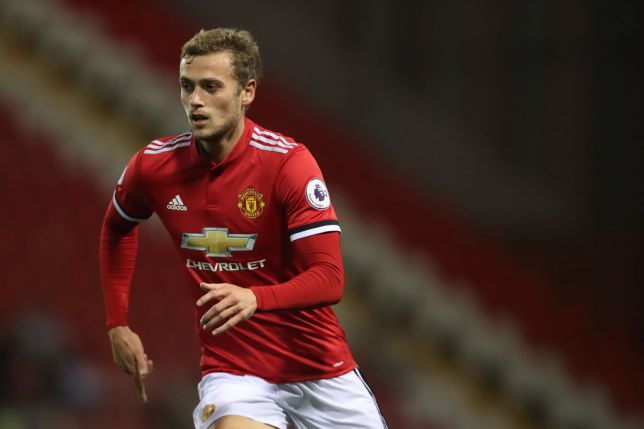 He made his fourth temporary spell away from Man United on Monday by completing a season-long deal to Pittodrie, having remained down the pecking order at Old Trafford. He hasn’t spoken to Jose Mourinho about his United future, admitting and suggesting that he has no future with the Red Devils.

He said that he wants as many minutes possible and as many goals as possible since he is in his final year at Man United and he is obviously looking to put himself in the shop window. And of course, in the short term, he has wanted to help the team to do well.

At Aberdeen, James Maddison had a successful loan during the 2016-17 season and has lately gone on to sign for Leicester City for 24 million Pounds, while Michael Hector and Danny Ward have also enjoyed loan spells at Pittodrie before going onto bigger clubs.

In the Scottish Premiership, the Dons have finished second last season and Wilson is hoping that his play can help the team challenge Celtic who have made an indifferent start to the campaign. On Saturday, the Scottish champions have lost to Hearts and they were knocked out of the Champions League qualifying stage on Tuesday by AEK Athens.