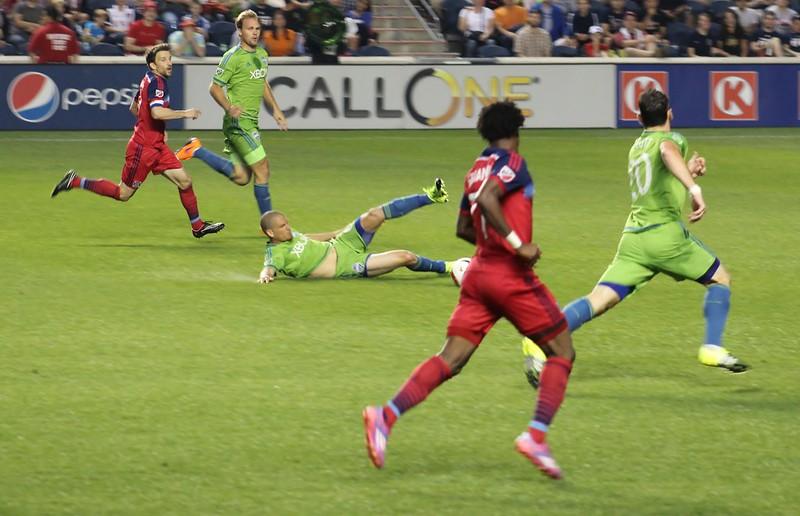 There’s no doubt that the sports betting market is booming in North America, with more than 20 states having legalised the practice since the controversial PAPSA legislation was struck down by the Supreme Court in May, 2018.

As a result, you’ll now see a host of online football betting sites available from online-gambling.com, each of which offer punters access to a huge range of soccer markets and tournaments from across the globe.

So, with the sports betting market stateside set to reach $59.530.7 million by 2026, we look at the best markets for soccer fans and punters to exploit!

This is a staple of soccer betting, with fans more likely to bet on the outcome of an individual game than any other market.

This market is decidedly simple too; as you simply have to choose one of three selections (a home win, draw or away win) and place your ante-post wager.

This also represents the ultimate test of your knowledge as either a punter or a dedicated soccer fan, as your comprehension of the sport can be used to forecast potential outcomes and identify value in the presented odds.

While it’s the ideal market for beginners, it’s also fair to say that match result betting has spawned a number of alternative options over time. For example, you can combine four or more such selections as part of a more generative (albeit riskier) accumulator bet, or leverage in-play markets to cash out or predict the next goal scorer.

With handicap betting, you’re essentially affording one team a predetermined goal (or goals) advantage prior to the start of the game.

For example, let’s say that you want to wager on Liverpool to beat Norwich City on the opening weekend of the EPL season at Carrow Road. However, the Reds are priced at a prohibitive 2/7 to win, creating minimal value if the wager were to come in.

By backing the Reds with a handicap of -1 or -2, however, Liverpool will have to win by two or three clear goals for the bet to come in. Crucially, this will lengthen the odds and provide better value for your money, without overly compromising your chances of placing a winning bet!

Because of this, handicap betting is typically utilised when backing heavy favourites and clear underdogs, while there are different types of handicap wager available to punters.

With a European Handicap, you’ll see that whole numbers are used to establish the disadvantage facing your chosen side. Decimals are widely used as part of Asian Handicap betting, however, which effectively eliminates the draw and creates a slightly easier market for bettors to follow.

Next up is the popular over / under soccer betting market, which effectively allows punters to wager on there being a particular number of goals in a game.

There’s no need to be specific about the result or match outcome here, as your simple objective is to pre-empt how many goals will be scored cumulatively by both teams.

The most popular spread is over / under 2.5 goals, which makes perfect sense given that the average goals-per-game ratio since the beginning of the Premier League in 1992 is 2.66.

Other popular markets include over / under 1.5 and 3.5 goals, although you can scale upwards in similar increments when pre-empting a particularly high scoring match. Interestingly, ‘over’ wagers tend to be the most popular amongst bettors, who are typically passionate fans who may be overly optimistic about the performance of their team!

On a similar note, it’s also common for punters to wager on both sides to score during a particular game.

Once again, the final result isn’t accounted for, while you don’t need to predict the total amount of goals scored.

Put simply, there are two options to consider, as you can either select ‘Yes’ or ‘No’ when choosing whether or not both sides will score.

So, you’ll select ‘yes’ if you fancy both teams to score or engage in a high-scoring game, while choosing ‘no’ in instances where you expect a stalemate or one side to leave their shooting boots at home.

For more seasoned punters, there may well be a temptation to combine two of the most popular betting markets to create a single wager.

More specifically, you can place a single wager on the final result of a particular match while simultaneously backing both sides to score, usually at enhanced and extended odds that offer greater initial value.

This also affords you greater freedom as a bettor, although much depends on your existing knowledge and ability to accurately predict the course and outcomes of individual games.

Given the risk – reward ratio in play here, we’d recommend lowering your stake as a way of mitigating potential losses!