http://yorkshirehandbells.co.uk/handbellcd/ Predictions based on probabilities contain many restrains and these should always be taken into account when using predictive models to place bets in soccer. Below you may read more on the limitations that models contain. 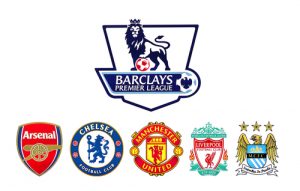 One of the disadvantages of the probabilistic predictions when they are made to guess the outcome of one match is the fact that they one can never know how correct is the prediction. Not even after the result is known.

Initially it was planned to apply statistical analysis to baseball and this was written by Nate Silver, which became very popular in 2008 at the presidential election because he correctly forecast the results of 49 out of 50 states. Swings towards one candidate or party are mostly universal and consistent throughout a country; however, this feat was impressive. Therefore, if the trend is correctly identified, constituencies or states can fall as predictably as dominoes. In recognising this, few if any bookmakers would be prepared to accept accumulative bets on a single party to win multiple seats at a general or presidential election.

At the World Cup in Brazil, Silver much confident that the hosts Brazil will win the World Cup much more than the betting public. However, they started loosing confidence even more at the start of the competition and this confidence was decreasing even more during the tournament because of certain events like Neymar getting injured and Thiago Silva getting suspended.

After Germany won over Brazil with 7-1, Silver’s predictions about Brazil winning the cup were characterised as a disaster.

In 2013/14 Premier League when Liverpool nearly won the title in that season, this was considered to be a failure of predictive models. In the middle of February, with the Reds just three-points off top spot, they were still regarded as 17.000 outsiders – a chance of just 5.88% – having begun the campaign at 34.000. They were expected to gain an average of 76 points over the 38 games, but instead finished with 84 and missed the title by two points.

One thing to always keep in mind is that all of these prediction models did is giving the probabilities of a win, but they never state precisely that it will happen.

According to Silver, Brazil had a 65% chance of arriving to the final. But it also allowed for a 35% probability that Germany would find its way too.

Each of the 38 matches gave Liverpool a chance to get 0, 1 or 3 points and the weighted calculations of these expected points from their 38 games gave a sum of 76 points.

However, there are always three possible outcomes for the 38 matches and all of them have some likelihood of occurring. Therefore, bettors should always be aware that no single result is a certainty.

http://widostechnology.com/weldy/wp-content/plugins/LayerSlider/skins/ Range of points won by liverpool in simulations of 2013/2014.

http://aceliverpoolescorts.co.uk/?page=239 Based on quoted match odds for all 38 game. 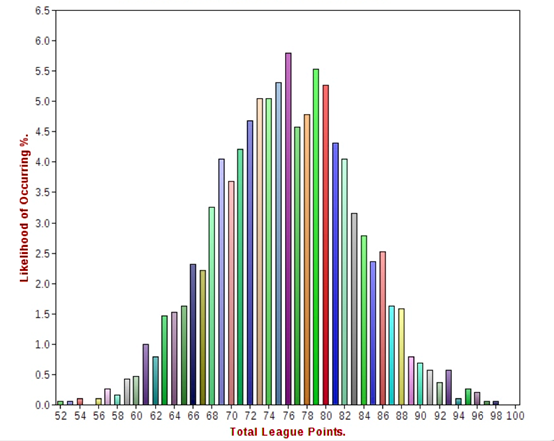 The graph above suggests that Liverpool would typically gain 76 points in 2013/14. Although this may not be correct, and even with the season completed, the system can only give probabilistic expectations of the assessment of Liverpool’s 2013/14 team.

The uncertainty of any predictive process is not only present in the prediction, but also in the data which is used by the bettors to make those predictions.

Taking everything into account, bettors should always use the predictive models with care, never rely on them completely and always use them as a balanced betting strategy.

Top Sports for Indian Online Betting Sports betting is increasingly popular, and Indians are among the most ardent of sports...